After a long period of quiet and focus on other projects, O’Keeffe Woodworks is pleased to present a new poem, Kaddish For The Honey Bee, by long-time contributor and friend of the Woodworks, Barbara Jackson. Barbara is a Northwest native who resonates deeply within the land and water of that place, and who has worked closely with indigenous Elders in Salish territory for many years, listening to their stories and teachings.

We grew up in the deserts of the west, she and I, under an implied mushroom cloud, asking impertinent questions as young politicals. Atom power and its invisible, insidious implications have stuck with us our last forty-five years, none more than with Barbara. She is, like many of us, not such a Luddite that she shuns the use of technology. Rather, she recognizes a tool is good when used skillfully.

As climate changes, yes, we begin to see connectedness and outcomes.

A quarter million sockeye salmon are estimated to die in the Columbia River this summer. Water temperatures make swimming in the rivers pleasant but the oxygen in the water is no longer held there. The sockeye, Chinook, trout and sturgeon are visible indicators things are in flux, and a new normal is occurring before our very eyes.

The country’s hops and some of the best wines come from the Yakima Valley and Columbia Basin, and they use water we may no longer have. Vineyards continue to migrate from elsewhere for the water, resulting in fierce competition for previously vast resources.

Record heat this summer is changing the landscape, and burning forests may be the warning light.

The honeybee is one of our modern “canaries in the coal mine”, an indicator species undergoing “colony collapse disorder”. Commercial beekeepers report annual losses of 30% or more. A UN report suggests that of the 100 crops providing 90% of the world’s food, bees pollinate 70% of these.

What shall we do? Does it matter? Do we matter? Would we be missed? What is the alchemy that turns despair into hope, rage into awareness, and grief into intention and a path to where we all take responsibility? 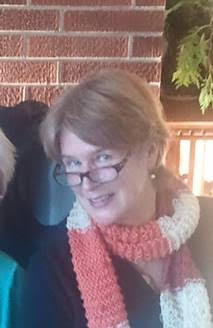 KADDISH FOR THE HONEY BEE

“I am become death, the destroyer of worlds.”

When the clever mind is separate from the world it touches

A kaddish for the honey bee begins as an inarticulate hum

During this “hotter than usual” summer

The hum became a wail of grief

Echoing in silence because there was no one left to hear

It’s not a simple solution at this point

That binds us all

That the grapes and hops are delicious, but their need for water helps fuel more policy wars

Cascading down the great rivers of the West

We need a miracle

It’s been so long since the last one

When they made wine for the wedding feast

Our lamentation is a call for response

Return to the mat

To practice – kapalabhati – the Breath of Fire

Are you willing to dig deeper than you ever thought possible

Becoming sweetness and light, food or salve for the wounds

The mantra of grief becomes intention

Act as if the life of your bloodlines depends on you

Neither the white knight nor the cavalry can save you now

Your time has come