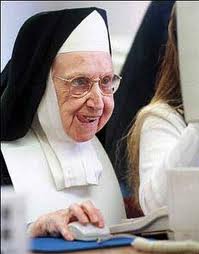 Six year-old Simon had peed himself, soaking the heavy, salt-and-pepper corduroy pants that, along with a crisp white shirt and green woolen sweater, were part of the school uniform he was required to wear. Urine filled his tiny wooden chair and ran down its legs into a puddle on the cold linoleum floor. The acrid smell filled the air around his desk. In late August, the desert was ninety-five degrees, and Simon’s pants and sweater were stifling. But the boy’s bottom and legs were cold, and he shivered from the damp. Simon’s neighbors stared at him and giggled.

Sister Miguel ruled the classroom of fifty novice Catholic first-graders with the absolute authority of the Vatican, and the cold heart of fifty years of celibacy.    Young Simon quickly learned that impertinent questions from impertinent boys would not be tolerated. On the first day of school, his new friend, David, was made to stand in the corner thirty minutes. David forgot his four pennies to buy the half pint of milk for his box of Cheerios, and had asked for a loan. In 1959, young Catholics fasted from midnight the day prior, until receiving the sacrament at dawn mass the next day, each school day morning. Their first classroom assignment was to quietly eat breakfast at their little tables, with milk distributed by volunteer mothers pushing a rolling cart. The combination of low blood sugar and the heat caused dizziness and an occasional blackout.

Debby sat two rows away, and Simon noticed that she looked at him more kindly. On the first day of school, he had spotted her white cotton underpants under her plaid skirt as she slid into her little chair, and this left him with an anxious feeling he did not understand. But he liked her and he could feel she liked him.

Simon reached into his damp pocket for his rosary. He held the tiny crucifix between his thumb and index finger. Feeling the face of Jesus was comforting. Simon was a devout young boy, and he believed that praying earnestly, genuflecting at the right times and learning all the Latin mass by heart would transport him to a holier place. He was particularly interested in the old paintings showing saints flying, or floating above the earth. They seemed happy. They seemed to know things Simon also wanted to know. They could fly.

Sister Miquel snatched Simon by the collar and hustled him to the boys’ restroom, pushing him inside sternly, saying, “Clean yourself up!  You’re disgusting! Then we’ll call your mother about this.”

Weeks later, Simon played in the gym during his physical education period, clumsily chasing after the over-sized basketball and attempting to dribble it with one hand. He was taller than the other children who ran about aimlessly in their school uniforms, but managing his growing body adeptly was still years in the future. Father Connelly wore his black robe with a gold cross hanging from his neck while he supervised the children. When he ran the heavy cross bounced about on his chest. He was a happy man who smiled easily and was gentle with the children. Simon did not fear him as he did his classroom teacher, so when the urge arose he easily asked to be allowed to go to the restroom.

The school was still new to him and Simon wandered the halls looking for the closest restroom. Finding one, he entered and opened the first stall door.  Sister Miguel sat inside, facing him, with one hand holding a summer issue of Sports Illustrated featuring Becky Collins, a teen-aged Olympic swimmer, on the cover. Her other hand was under her black robe, between her legs, and her expression was angrier than usual, her face red and constricted. She shuddered as Simon opened the door.  Simon stood facing the stern nun, and he found a calmness and presence he only felt in the early morning hours sitting in the cool chapel, reciting the liturgy in Latin. His teacher seemed frozen and only stared back at him. Simon reached into his pocket and felt the face of Jesus, imagining that his dying grimace was instead a smile. He pulled the black rosary from his pocket and carefully held the crucifix facing forward, his arm outstretched toward Sister Miquel. She threw the magazine against the stall and grabbed him by the collar roughly, paddling his bottom and dragging him down the hall. “I will let Sister Camille teach you some respect!”

Once more, Simon pissed himself.

Alone with Sister Camille, he told her everything. About the chair and the piss and the Sports Illustrated.

At Halloween, Simon got a new first-grade teacher, and learned Sister Miguel had been transferred to Spokane, to another Catholic school in a different diocese. He felt in his pocket for the rosary, once again holding the crucifix in his little fingers. He was sure Jesus was smiling.

That fall was particularly rainy in the Columbia Basin. Rainwater flowed through the dry desert sand and filled the air with the smell of sage. Briefly, the desert plant life was rejuvenated before the winter’s cold and wind and snow arrived.