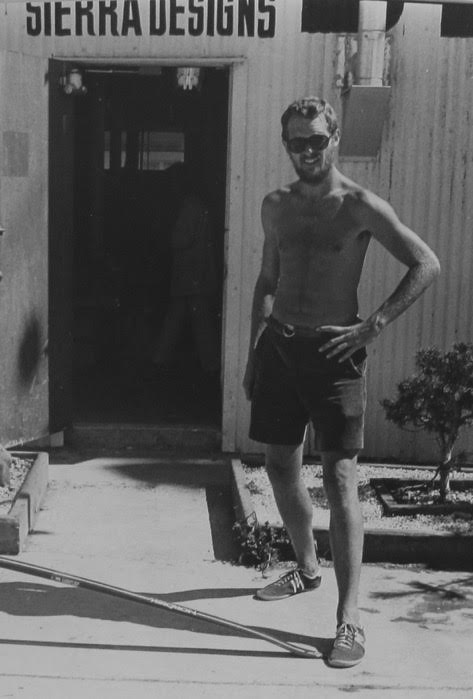 Almost everyone in my old Berkeley neighborhood had a nickname.

There was “Walking Wally” who dressed daily in a safari outfit (complete with pith helmet) and walked a huge Old English Sheep dog all over town for hours on end.

His housemate, Eddie, also known as “Spaceman”, was conversant with aliens. “Did you hear the Venusians in the yard last night? I think they landed their ship up on the high school football field and came down to check us out.”

Then there was “Mr. Chips”, the retired potato chip company deliveryman and the “Mean Old Man” with his chain link fence topped with concertina wire fenced in yard and two large German Shepherds on patrol.

A bit down the street “The Artist” painted in elaborate script just above each wheel well on his more-than-abused Mercury Cougar, “Coug d’ville.” And when whitewall tires proved too pricey, “The Artist” simply took some white house paint and masterfully created his own.

Then there was the octogenarian “Mr. Blue” whose everyday dress was a sharp three-piece suit, dress shirt and tie, a pair of well-shined black wingtip shoes and a black fedora. Thus clad, he’d stand out on the street corner tipping that fedora and chatting up people as they walked by. My daily interaction with Blue was always, “Hey Blue what’s going on?” “Just holding up the corner like I always do.”

So what was my nickname? I knew I must have one but didn’t find it out until a friend tried to find my house and got lost. He ended up in front of the corner liquor store asking if anybody knew where “Bob” lived. Blank stares all around and then one of the store regulars smiled and said: “Oh, you mean the tall skinny white boy? “

« Eleven Below
Doing Just This One Thing »