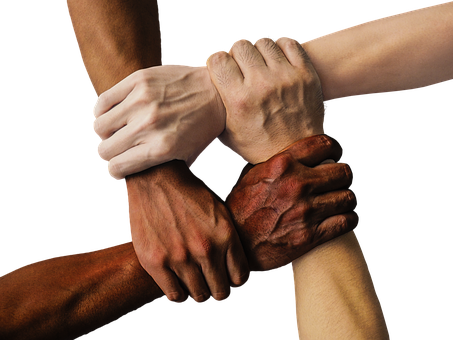 He just doesn’t get it, and then he wants me to fix it. He thinks this shit just happens to him. HE causes it! I’m sick of it. I’m outta here.

Who do you mean?

My Dad, man. He does the same thing over and over again, repeats the same dumbass mistakes, gets himself into a jam, over commits, freaks out and then expects me to fix all of it.

Did he ask you to fix it?

Hey, whose side are you on?

Nobody’s. I just want to know. You brought it up.

He didn’t, but he’ll start ranting and being all anxious and he looks at me like I’m his enemy and I can tell he thinks it’s my fault and then I fall for it and give him a suggestion and he blows his top and wants to fight me! Hell, I’m not even involved in his shit. It’s a trap.

Did he ask you for a suggestion?

There you go again, man. No, he wouldn’t. He’d rather just spin out than fix it.

What did he say?

He asked me to tell him it would all be okay and that he’s not a dope for once again being in this position. I won’t do that. It’s not fair. It may NOT be okay, how do I know? I don’t control the future. How could I? And he is a dope sometimes. It is his fault, every time, and he expects me to bail him out.

How do you know he wants you to bail him out? I’m just asking.

Well, he wasn’t explicit. He never is. But you can just tell. It’s obvious. He just has that scared, needy, lost look on his face. Hey, I have my own shit to deal with. I can’t fix him or his problems.

I believe you. What does he look like when he’s scared and needy?

You know. Like the next move is mine and I have to rescue him. And that no matter what I say it’ll be wrong because he’d rather be freaked out than do anything. I can just tell that’s what he’s thinking.

How does that feel when you think he wants you to be responsible for him, a guy who is thirty years older than you?

Well, fuck. It’s just like him to do that. Hell, I’m the kid, even though I’m thirty-five. I can’t be responsible for him. It makes me angry, man. What do you think?

Hey, get off my back. It’s not my fault. Stop trying to shrink me.

You’re right. It’s not your fault. Whose fault is it? Could it be true your Dad is scared? If he were, what would that look like? Would it be okay?

What would you do if your Dad were just scared, no matter how he looked? Totally unrelated to you.

Well, I sure wouldn’t tell him it’d all be okay. That’s bullshit. It may never be okay. Why humor him? Why raise his hopes? Why enable him to do this?

Why not? What would you give up? What would it cost you? What do you have to lose? Maybe what he wants isn’t a guarantee or a commitment from you. Maybe he just needs you.

Maybe, but he still caused all this.

Try it. The door’s closed. Nobody will know other than us.

“Dad, you’re a good guy and a good dad. We’ll get through this shit. Fuck.”

How does that feel?

Yeah. We’re all dopes and it’s hopeless. But loving your Dad is free.