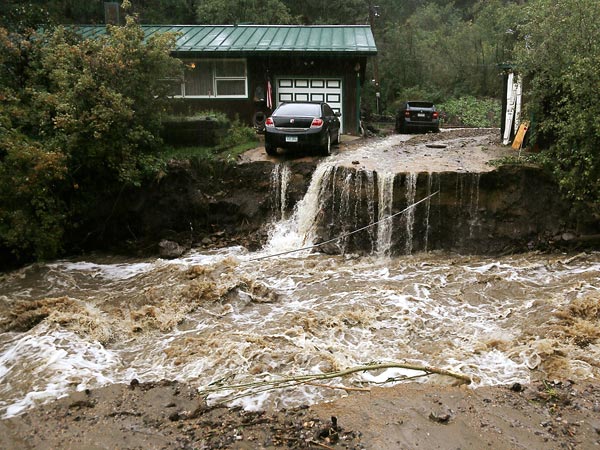 The Heart of the Matter

The Flood of 2013 has faded in the national news, slipped “below the fold”, or to Page Six, replaced by other real tragedies like Nairobi, or childish tantrums in Washington, or The Emmy’s. It takes a huge tragedy to pass the “ADD-gate” of the American news consumer and the 24-hour news cycle.

But so much activity and work and recovery continue here in the Front Range. The extent of the destruction is now estimated to have crested $2 billion.

We lost eight Coloradans, two of whom were a young couple in their teens, on a placid, suburban street that became a river that swept them away, blocks from where we get coffee, shop for milk, re-stock the wine cellar, have laundry done and dine out occasionally. Blocks from where we always feel very safe.

1,882 homes and over 900 businesses have been destroyed altogether, with 17,500 more sustaining crippling damage. Not to mention those, like ours, that fall into the “minor” category, nonetheless disruptive and costly.

12,000 or more people were evacuated. Hundreds of miles of roadway destroyed. Dozens of bridges crushed and swept away like Lego’s in the surf.

Many people remain unaccounted for, still. Where are they?

In all, twenty-one inches of rain fell in parts of Boulder County. In just a handful of days.

But those are just the numbers.

I suspect the human stories will be told for years.

My friend Jim lives above Lyons, a town that is entirely shut down now. No waste water treatment. Contaminated water supply. Power out. “Get well” date is December. Everyone relocated.

Jim was stranded with his wife and young kids, without power or any communications, their exit roads up or down the St. Vrain Canyon washed out for miles. His thirty-acre place is much more remote than ours. Rumors flew with no means to vet them, some apocalyptic, some preposterous, many wild but true. After more than a week, The Guard flew his wife and kids out in enormous Chinooks. Jim stayed behind to clean up and winterize, anticipating months before they can return, then was flown out himself.

Jim has an old wagon train track running through his property that used to run from Longmont to Estes Park. He and neighbors and a local relief team were working to make that track a viable exit route for vehicles. They met a group of survivalist Armageddon-types, Polish guys loaded on vodka and all carrying side arms and rifles, quoting scripture. Even though the land belonged to him, their message, with guns trained on his head, was, “Oh no you don’t. We control this land now.” There was a stand-off awhile, until SWAT eventually choppered in and cooled tempers.

Jim remains traumatized by this tragic mixture of alcohol, firearms, ignorance and a deluded reading of the bible and the second amendment. Wayne LaPierre would be proud of these assholes.

Surprisingly, following their recent failures in New Orleans and the mid-Atlantic, FEMA so far has been stellar. We are in the “non-critical” category, and a team has been to our house, in force, the online application was well-organized and simple, and they’ve already called about service quality as a follow-up. A friend who was evacuated, and was escorted to the FEMA tent right off the chopper, got a check the next day. And that was only for being evac’ed and for temporary living costs. Property loss compensation follows. I’ve heard more than a few of these stories.

Another Lyons colleague just left a meeting at work to make her appointment with the FEMA team. I asked, “Have they set up an office?” No, they set up in a parking lot, under an Easy-Up awning, with a card table, and are just getting the work done, at the lowest cost to the rest of us they can. I am impressed.

Over the weekend, Sandy and I shopped for various items we needed for mitigation or recovery, at our local hardware store. When we finished asking the sales guys a question that helped guide our purchase, they never failed to say, “Good luck.” That same store, a fairly famous local stand-alone, known for its amazing variety and best-in-class service, had stocked the place to the rafters with fans, bleach, rags, mops, sump pumps and hundreds of items they normally do not carry, rushed in by diligent buyers in the local office who really understand what their neighbors are going through. Because they are going through it too. The Atlanta-based mega-home improvement retailer came in tenth in a two-store race to provide service and support to the community. Shop locally.

Nonetheless, otherwise obscure items are VERY hard to come by. Indeed, it’s far easier to buy Purple Urkle (a potent indica strain of, well…you know) at local retail (nearly 100 outlets in a town of 99,000 people) than it is to buy a moisture detector, or a heavy duty dehumidifier, or a power drywall saw.

There are ample opportunities to get rid of stuff, though, with dumpsters all over town collecting the nastiest piles of squishy drywall, carpet padding, soaked stuffed animals, ‘70’s macramé plant holders and other detritus of the unexamined consumer’s life. How much of that stuff do any of us really need? We’ll see: There’s a new dumpster just down the road from us. I’m considering what else to off-load.

The best story from this experience is how we treat one another. Strangers, friends, service staff, all are a little more patient, a little more interested in if others are okay, a little more willing to help. Notwithstanding the Posse Comitatus-types preparing for a full governmental shutdown out in the woods, Paul Ryan on speed dial, their Ayn Rand books clutched close to their hearts, mumbling about Kenyan birth certificates, crazed, the rest of the folks we have encountered are truly kinder and gentler.

Something about witnessing the awesome power of the earth and the fleeting nature of our lives gathers our attention into a single point. Kindness seems to reside there. In the heart of the matter.