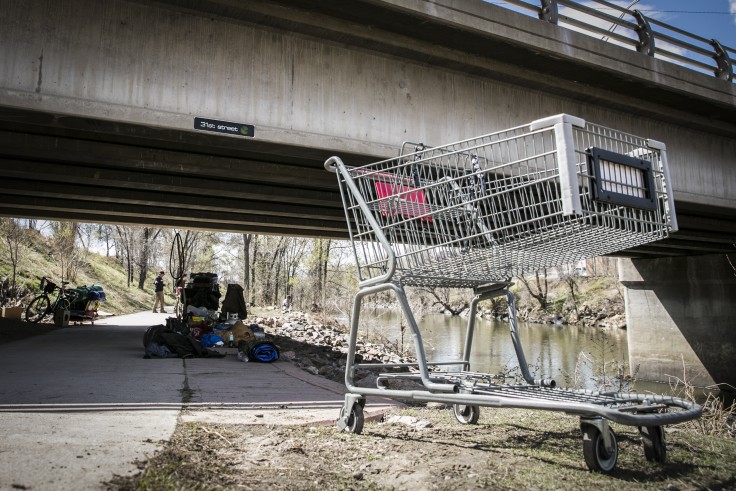 I have a new routine most Sunday mornings. I awake in the dark, spend an hour as still as a church mouse, then head off to a coffee shop closer than my usual place, but one I’ve come to fancy lately. Their coffee is better, to be sure. The place has a decidedly Euro feel. At the right times throughout the year, we get international road cycling on the muted television screen, like this morning, or, during other seasons, fútbol, with wildly cheering partisans rooting for their teams.

This spot on North Broadway is a way station for our town’s substantial and ubiquitous cycling elite, folks astride carbon fiber steeds costlier than their cars. As they watch pro cycling events broadcast from Europe they use a lexicon foreign to most, with terms like peloton, gruppo, “burning matches”, “off the back” and so forth. Familiar with this lingua franca as I am, I still find it quaint and a little precious. It wouldn’t play at Dunkin’.

My coffee shop is also home to readers, writers, dog walkers and locals who inhabit the newer condos and apartments that perch atop restaurants, bike shops, dental offices (and this coffee shop) like in old European cities and their newer progeny in Boston and New York. This is a nicely civilized arrangement that I welcome here.

The clientele are familiar with one another, if not yet with me. The background music is jazz or Euro pop, soft world sounds, engaging but not overwhelming.

Without knowing their names and stories, I converse easily with folks. I recognize people after just a few visits and make a point of loving everyone’s dogs. There are many dogs.

I read and write for several hours, nursing one coffee with a refill and some sweet carbo indiscretion. I’m a cheap date.

I hear other languages spoken and see varieties in skin tone, but this is still Boulder, browning and culturally variegating, but ever so slowly.

A few blocks north of us is the homeless shelter where Sandy and I and several other groups of friends cook. We accommodate 160 people a night, who are served dinner, sleep in rack beds, and then have breakfast, with all ingredients donated by local businesses. Clients need to be in the shelter no later than 7:00 pm, and gone by 8:00 am. In between time, they spend their days outside on the street, in the park, beneath an overpass, in the library or in a coffee shop such as mine, hoping not to be asked to leave.

Hoping not to be arrested.

We know these neighbors, some by name, who walk the three miles down Broadway to Pearl Street each day then three miles back in the afternoon. Or scatter into the folds of land along US 36 if they are late or do not register in time. Many are sick, crippled, medicated or shouting at the past.

I spot the woman I know who is my age, with stringy gray hair, hucking her heavy pack that holds everything she owns in the world, walking six miles a day or more. Does she have grandkids? Do they send her birthday cards?

I see the fellow who is clean-shaven every day, wearing fresh clothes, is alert, perhaps too alert, eyes shocked wide open, repeating questions he is asked, “Would you like some stew?”  Pause….”May I please have some stew.” Cobbling it together, cognitively. How does he do all day on the street? He’s doing the very best he can. You can see his effort to keep it together. What do the cops think when they question him? Is medicated mental illness a crime?

We recall the early ‘80’s when Ronald Reagan ended laws that funded community mental health care facilities and dumped hundreds of thousands onto the streets. Statistics vary, but between 1955 and 1990, roughly 487,000 mental patients were discharged from state hospitals. By 2010, there were only 43,000 psychiatric beds available in the country. Reports indicate 200,000 people with severe mental health issues are homeless, including a large percentage of veterans. There are three times as many people with severe mental health problems in jail or in prison than in care facilities. We are still seeing that impact. Walking past the window of my comfortable coffee shop.

There’s the younger woman, healthy enough, lovely beneath her weathered skin and road grime, but alternately barking her angry pain, then soft and kind, thanking us for the extra scoop of green beans. In between moods she appears lost and sad, tilting against her suffering.

I see the tall man with long hair and weather-worn face and an expression that warns us away, an American Indian Vietnam veteran who warms when we admire his watch, smiling and appreciative, his eyes tired and resigned.

All of them are suffering. Some are electric chair bound. Others use walkers or canes. Others yet clearly dealing with any number and combination of mood medications and anti-psychotics. Some talk to themselves and shout at demons as they walk up and down Broadway. One fellow whose electric chair broke down was literally stranded, he told me, while he waited two weeks for some shadow bureaucracy to help him get his chair fixed.

I see my Mom, my Dad, my grandparents and other elders, struggling to deal with old age and death, but still supported by our imperfect VA, Medicare, union pensions, private health insurance and savings and I try to imagine, for as hard as it was for them, what would it have been like for them to have to live outdoors, at 95 degrees and below zero? Harassed by cops. Shunned by the regular citizenry, ignored and judged. Their lot was indeed due in part to good planning, but as well, to the lottery of birth and the roll of the dice. Many people I know at the shelter came from stability, home ownership, family and community.

Sadly, our policies appear to be dominated by the ignorant and selfish “prosperity theology” that radical fundamentalist Christians espouse, wherein there is a quid pro quo between mortals and their god, and if we donate in a fulsome manner and toe the biblical line, then that same god will bestow upon us the riches of his kingdom. Syllogistically, if we are in need, downtrodden, suffering and homeless, then it’s our own damned fault and we must not have loved “the lord” amply and he clearly does not love us. Tough shit, sinners.

A philosophy of sanctioned hatred turned into public policy.

Out the window of my coffee refuge, they walk by. I would be a hypocrite to say, “my friends.” I feel shame and guilt for that. As a friend, what would I do? How could I not say, “Come over to my place for eggs and my biscuits.”?

What to feel? What to do?

All I know is to do what I can, pay attention, listen, to not look away, help provide dignity. Damn. That just doesn’t seem like enough.

« Bomb Dream
Hearts In the Ice »