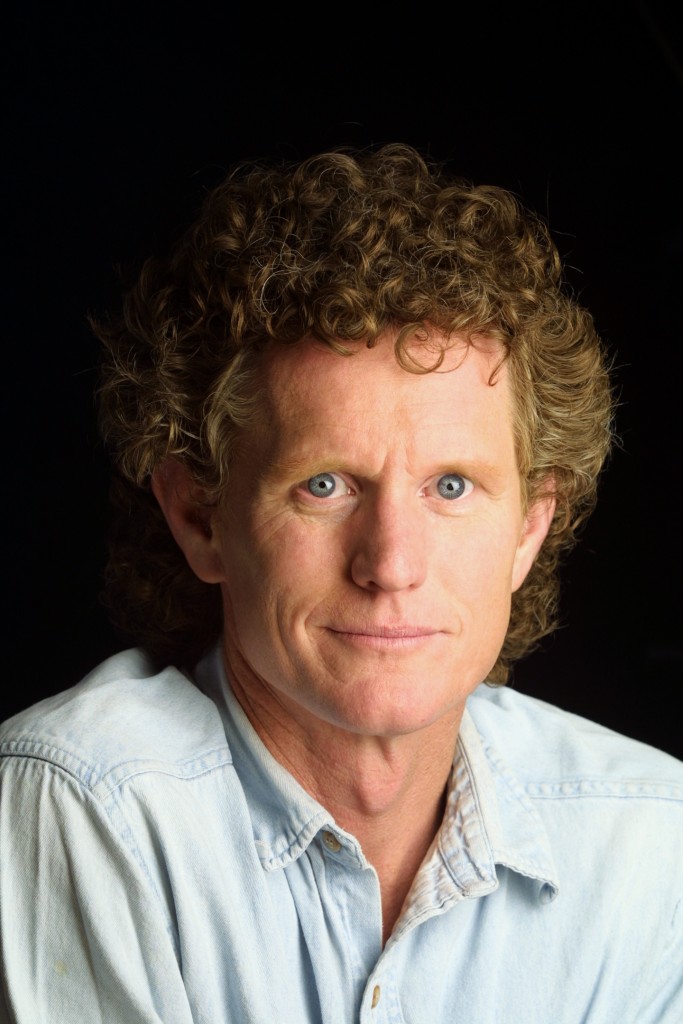 John Gregory Allen was born December 16, 1956, in Hardwick, Vermont, to James S. Allen, Jr. and Shirley (Gray) Allen. John was the middle child of five and the eldest boy.

John grew up in an Air Force family, with his Dad being transferred from one posting to another, often. John shared that, as a kid, he had to learn to adapt and make friends quickly, and then let them go. This shaped part of the personality, charm and openness that was John.

John lived in Fairfield, California until November 1966, where he developed his enduring love of the San Francisco Giants. He was a Boy Scout, built models and rode his bike everywhere. Cycling became a life-long passion. In the summers the family would camp in Yosemite with John’s grandmother, Mildred.

Next, the Allen family moved to the paradise that is Hawaii. John swam, fished and played little league baseball. He would build and play with slot cars for hours on end, stringing racetracks throughout the family’s house.

Again, John’s Dad was transferred to New Jersey in December of 1969, when John was thirteen, where he discovered snow, hockey and football. John’s sister, Cynthia recalls that he was tagged with the nickname “Python”, either because he had a pet snake or for his love of those crazy Brits.

John grew up with Peter, Paul and Mary, Johnny Cash and Bob Dylan. Music was cemented as an enduring love for John, and those who knew him can all recall him singing constantly, and his exploration and fanaticism about new and old music were ever-present.

John’s family moved once again in February 1974, this time, back to California. John graduated Coleville High School in June of 1975. After graduation, John continued his quest for action and adventure. He learned to ski and, combining his love for music, had “Elton John Allen” inscribed on his first pair of Rossignols. He traveled to Europe and furthered his musical inclinations by going to concerts and jazz clubs.

“We lived next door to each other for years and were best friends, together every day. I’m guessing it was the early 80’s. The Police were huge and they were his favorite band. We would sing their songs and play their music so loud almost every day. We both lived in West LA, and when we both got off work (his patio was less than ten feet from mine) I would scream out “Johnny! “, and I would always hear back ”Scotty!”. During this time John began climbing and it became his passion. He was like my real brother. I am so lucky to have known him.”

Despite John’s being asthmatic since childhood, he was graced with a natural and profound athleticism. John excelled at practically every physical activity he pursued, whether running, climbing or high-mountain foot-powered travel.

John joined the Southern California outdoor company, Adventure-16, in November of 1983, where he quickly ascended through management and merchandising roles and lead outdoor education outings teaching eager and adoring clients climbing and other outdoor skills. John was a beloved teacher and his outings were in high demand. John’s time at A-16 had a deep effect on him, and some of his strongest life-long friendships found their roots there.

John’s daughter, and first child, Nicolle Camille Allen, was born to him and Michelle in San Diego on February 23, 1994. For a year and a half, the family lived in Pine Valley, in the mountains east of San Diego, where John took advantage of high-mountain trail runs and hikes.

In June of 1994, John left A-16, having been head-hunted by the iconic outdoor gear brand, Moonstone, and he, Michelle and Nicolle left San Diego for Northern California, settling in Westhaven, in Humboldt County, where neighbors were friendly but conservative (loggers) who introduced them to the neighborhood with a blackberry pie and the warning “Don’t stray from the road.”

A colleague from those years, Mike Fowler, said,

“I was only able to work with John a very short amount of time, but both my wife and I always enjoyed hanging out with him and Michelle.  They were such beautiful people.  What I will always remember about John is no matter what the situation, no matter how stressed out or heavy the conversation at work was, he never could keep a serious face or stance.  I could always look at him and get him to smile, which wasn’t a hard thing to do since he was always such a clown.  He would try and try to be serious, but it just wasn’t in him.”

In 1997, John, Michelle and Nicolle moved briefly to Auburn, California and were joined by Clayton Daniel Allen, born on December 3rd, in Grass Valley.

Again, in 1998, John and his young family relocated to Paonia, Colorado, where he worked as Director of Marketing and Sales for Chaco Sandals.

Yet another move took them to Helena, Montana, where John worked as a baker and discovered his love for woodworking and parenting.

In 2003, the Allen clan moved to Berkeley, California where John worked for a time with Shigoto Ya, in Point Richmond, building custom cabinetry and shoji screens. Eventually John hung out his own shingle at Rising Sun Woodworks, offering remodels, custom decks and finish carpentry, teaching and working alongside Nicolle and Clayton.  John became a master craftsman and a true artist in the medium.

John was diagnosed with brain cancer in September 2014. He met this challenge as he did all his life’s changes with grace, strength and determination.

John’s legacy and impact on his world is not made up of companies or buildings or legislation or things. John loved and attracted people. John was completely devoted to his family and loved his children unequivocally. As someone shared recently, “His was a world filled with friends and family whom he loved with his entire being. A world of complete strangers who would never forget that guy they met for an instant at the hardware store who shared a smile or a quick kindness or an overly familiar comment.”

John lived this love. All who knew him immediately felt it, and they were drawn back to him, over and over again, to the light that soothed, supported and healed us all.

A Celebration Of Life will be held in Berkeley, California, February 6th, 2016.

« For Johnny
When Cultures Collide »