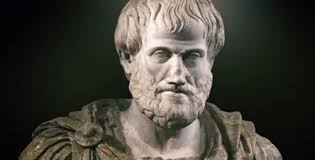 Since the Greek philosophers and then, reiterated over the millennia since, the concept of “the common good” has been a prevailing notion in civilised societies. Despite variants and contradictions, Plato, Aristotle, Aquinas, Locke, Hume, Rousseau and Madison, among many others, all spoke or wrote of this concept as being the highest order within the polity, the underlying philosophical basis for order, security and democracy.

Sadly, it appears today we have replaced “the common good” with narrow, greedy, closed-minded self interest. Within at least one political party, if not both, self-interest has become orthodoxy. We  participate as our media glorify selfishness and greed and behaviors that would have enraged and disgusted my elders. This also appears to be happening consciously and deliberately, versus being some creeping, unseen trend.

In my own words, “the common good” is an essential concept for a citizen to understand and to hold sacred. Simply put, I take it to mean that surely, I need to understand what is good for me, but citizenship means that sometimes, or perhaps often, I will favor rules, laws, actions that may not be in my best interest, but rather that are good for the group at large and that we derive our satisfaction and security from the general welfare of the citizenry. The ability to favor societal actions that may in fact even be harmful to my interests is an evolved and educated perspective.

Without this we cannot be a civilised culture. Rather, we devolve into a gang fight.

I fear we are too close to this gang fight today and I am not sure how we find a route back to civilisation.

« Halloween
Meditation On Not Being, At All »