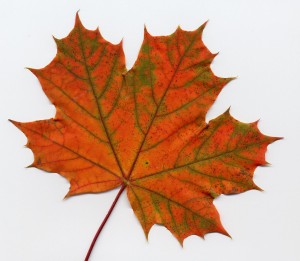 From One To None

For years, I have counted.

I thrived because I pretended to believe the proper order of things was one, two, three, four, five.

I succeeded because I feigned an affinity for fifteen, because it was more than ten.

I earned praise because I could combine seven with twenty-two and conjure the illusion that something new had been created, called “twenty-nine” and that 29 was very real.

I created lists, in order of importance or value. Things to do. Things to get. Places to go. People. I planned to do things because they were at the top of the list, and naturally, wouldn’t it be right to do number one before number two? If I do not get around to number ten, at least I had a strategy.

I saw history as a sequence, and if I disrupted that order, the meaning was lost and the wrong people would be to blame. “But they attacked them first!” Colonialism spawned the revolution. Lax lending policy burst the bubble. 1949 Israel must have preceded September 11.

At times, I assigned a number to people, and for that I am wrong. I am not one man. She is not number one. They did not fail to make the cut, because they were numbers thirty-one, thirty-two and thirty-three.

Ten-best lists leave the ten thousand vocalists not on the list singing to one another.

I assess my future security by counting. This is clearly not enough. That would make me feel much more comfortable. When can we relax? Leonard Cohen said he would resume smoking when he reached 80.

I likely have missed the quality of one, or five, standing alone. What does five feel like? What are five’s qualities independent of four and six? Does one truly precede and the other follow? Ancient wisdom traditions and modern physicists would not agree. All-at-once seems to be the prevailing agreement.

Counting enables competing and keeping score: Who is the leader, who has the most, who is best.

To appreciate the light in our kids’ eyes or the death of our parents, counting is impotent. Pi does not ease the crawling gnaw of fear in my guts. No algorithm adds a single thing to the dawn, or makes it more efficient or more hopeful.

When I choose or judge or rank I leave the rest alone and unloved.

Those who count and are counted the least, often have the most.

We can cover the basics we need to survive, without counting.

I sat in a city park near Portland State, a long time ago. I had nothing and I was nowhere, without a plan or a strategy. My sack was filled with ideas and no medium to accept them. I did not know what number I was, where I ranked or how far back I was in the queue. I was the most alive then.

I am coming home soon.

An old man sits alone. Three hawks circle overhead. A car horn honks twice. The sun slips behind the Flatirons and then is gone. A twilight breeze floats down from the peaks.