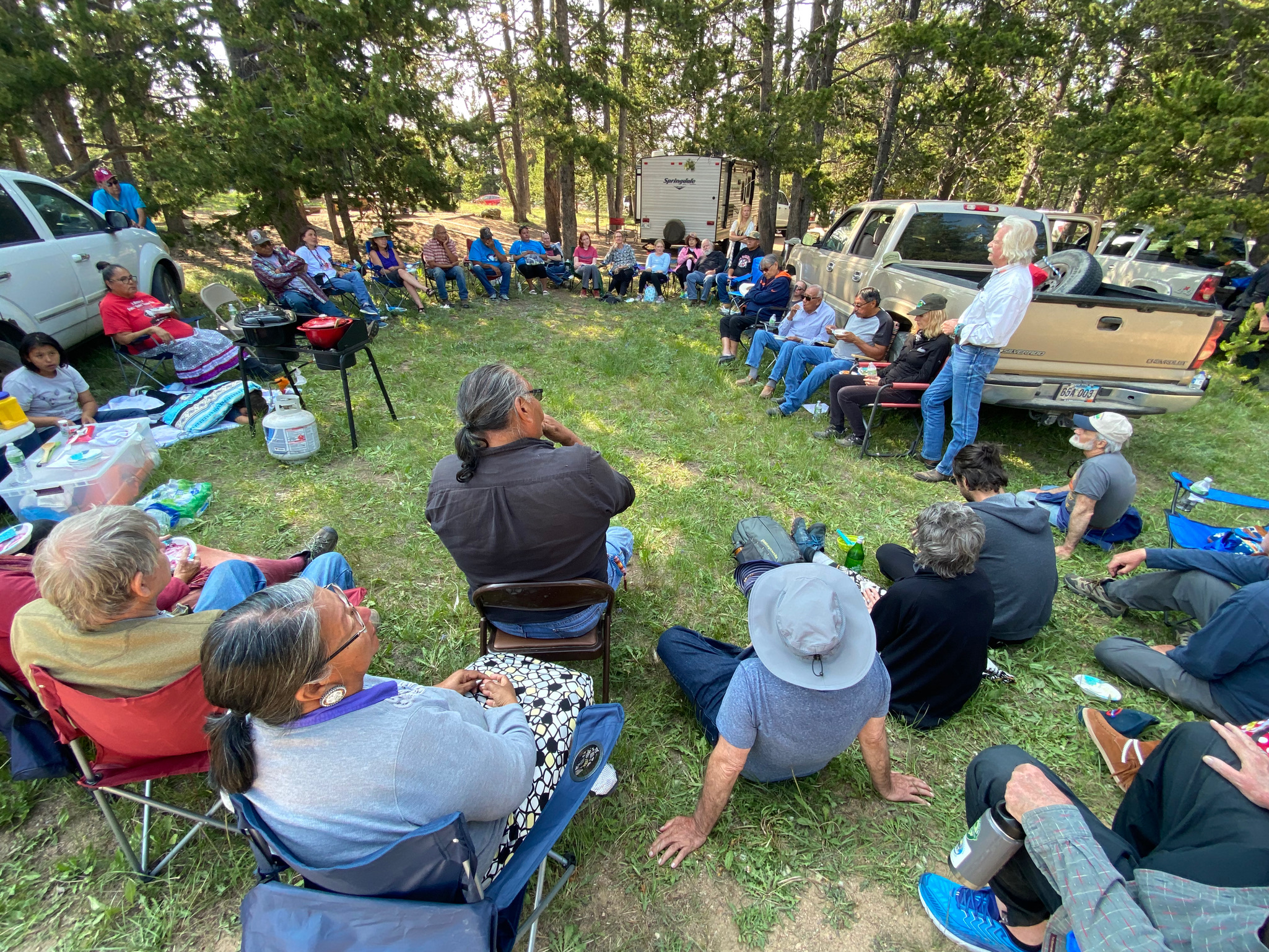 Five Days Together on Sacred Land

To the east lie the Black Hills, to the west, the Bighorn Mountains. Between is a vast prairie: grasslands, sagebrush, lightly forested in places, sometimes lush, most often bone dry. The rivers are iconic, the stuff of legends: Yellowstone, Powder, North Platte, Bighorn. On this side of the Divide, rivers end up flowing eastward, joining the Missouri and eventually the Mississippi, heading south toward the Gulf of Mexico. This is enormous land. Barely imaginable.

This was Red Cloud’s land. From the Dakotas to Idaho, Montana to Nebraska, this is sacred land of the Lakota, he Crow, the Cheyenne, and other tribes, reaching back in time thousands of years. European colonists struggled to comprehend Native Peoples’ connection to place this place. I struggle to imagine the past, speeding north on Interstate 90, with eighteen-wheelers and quarter-million-dollar motor homes whizzing past. If I squint my eyes, blur my vision, I can see buffalo, warriors on horseback, resigned cavalry, and hapless settlers in broke-down wagons in the haze.

Gold and silver and the promise of wealth brought thousands of white settlers west along the Oregon Trail, from their jumping-off place in Missouri, hoping to skirt the rigors of the Rockies and the Sierra. North of Fort Laramie, another trail, the Bozeman, left the security of the North Platte River and headed northwest to gold fields in western Montana, skirting the Bighorn Mountains to their east. Along these trails, ill-prepared intruders littered the landscape with their discarded heirlooms, leaving pianos, chiffoniers, cast iron stoves, grandma’s Singer and sometimes grandma–abandoned belongings their over-burdened wagons could not bear, along with trampled grasses and dead buffalo. All these were insults to those who had lived here lightly and respectfully for centuries. These European colonists were poor guests. They had no idea where they were or how to survive gracefully in this land, if they were to survive at all. Many did not.

So, this is where we gathered to meet for a week. We followed the Tongue River west, up over 8,000 feet, through lush green valleys, alongside lakes and mountains, to where we made a temporary home. We were thirty-five in all, six Native Elders and four of their children, and twenty-one “Zens” as we are kindly called, and four Zen kids. The kids were with us all week, the younger ones playing together, running and climbing, chasing and laughing, Zen kids and Native kids, joyous, free and together. I prayed I was seeing the future.

Our Elder friend, Manny Iron Hawk, had arranged with Cedric Broken Nose that we be included in a multi-tribal Constellation Ceremony at the Medicine Wheel on our second day. Over seventy attendees represented Lakota, Northern Cheyenne, Crow and other tribes. This was a rare gift. We spent a day in preparation and prayer and another afterwards sharing about our experience. I won’t go into detail about the ceremony other than to say that it was profoundly moving for all of us. We spent all day at the sacred site, in the sun and under a bright blue sky above 9,600 feet on the wind-swept ridge. The Bighorn Medicine Wheel is one of dozens if not hundreds of wheels and sacred sites throughout the wider area, possibly dated to 3,000 or more years ago. We heard songs and family stories and personal sharing by the Elders attending, held stillness and prayed. We heard the wind and the screeches of birds overhead. We faced the four directions with open hearts and prayers for others.

We grew to appreciate the Lakota term “tiospaye”, or extended family, and how central this is to Lakota culture and history.

Each of our five days together was unique: a new location, a fresh perspective, gentle ways of growing together, both in our understanding of Lakota life, culture and spirituality as well as of one another. We held Council that was deep and intimate. We took our time, as much as was needed, to listen and hear. 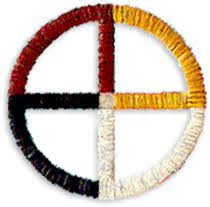 Late one night a group went back up to the Medicine Wheel and sat in stillness at midnight under a waxing crescent moon. Little was said the next day.

At week’s end we were filled and emptied, exhausted and energized, quiet inside but hugging and laughing and saying our farewells.