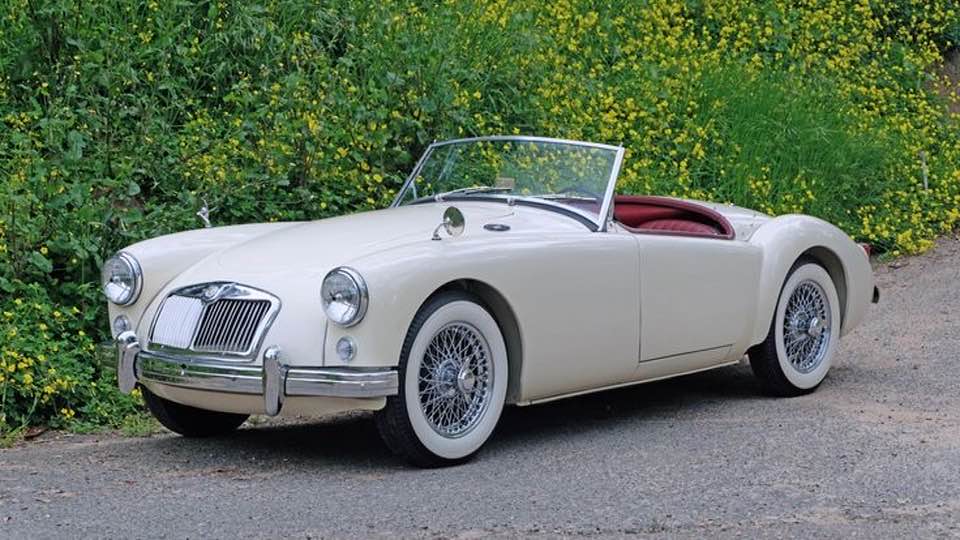 I learned to drive a manual transmission at twelve or thirteen years old, maybe fourteen, out in the Washington desert with my old man, in a car exactly like this. Usually as the sun set over the channeled scablands of the Columbia Basin. Usually Dad had a tall vodka with ice, neat between his knees. Usually I figured I lived charmed.

There’s a fine line between reckless neglect and experiential opportunity. I was the beneficiary of the latter, I guess. Worst case, I mighta spooked some jackalopes or rolled the MG into the sage brush or killed us both, vodka drying in my hair in the setting sun, spoked English wheels spinning.

I appreciate his trust and tipsy tutelage, all these fifty-eight years later. Or maybe it was the vodka, not trust. Either way, I still drive a stick, and real good.

I got to learn that the thrill of third gear is earned and it came with certain responsibilities. A second-hand ‘57 MGA delivered. A true British motor car, it required weekly, if not daily, therapy and fine-tuning and pampering. Had it been a lover, an expensive dinner would be quid pro quo just to fire up the four cylinders and turn over the burpy, petulant, narcissistic, 1.8 litre engine. I learned to use feeler gauges, timing lights, and what “top dead center” meant. I began a lifetime fealty to Castrol.

On the road, down-shifting to second to save the brakes made complete sense. Accelerating into the bottom of a curve before you lose momentum was poetic. I rode a bike and I could feel that. The engine was like my body. We were one body. Driving windy curves, if you can see clearly ahead, you can pick a line that’s best, and it ain’t always between the lines. You know it when you find it. Be careful. Keep your eyes open.

From my Dad I learned to always expect the other guy to fuck up. So always have an exit plan, or two. I learned the accelerator is often as good as the brakes, for getting out of a jam. And he showed me a cool trick with the gear box and the parking brake. Later I saw Bond do that in a film.

I can never fathom all I learned from my Dad and Mom and all the Elders we thought were idiots. Speech, fixing stuff, speaking intelligently, family energies, whom to respect, whom to fear. How to cook a ham. How to let the MG set awhile before checking the oil. It’s gotta drain down a bit, you understand.

Father’s Day is coming and I spotted a picture of a ‘57 MGA and time collapsed, as it does from time-to-time.