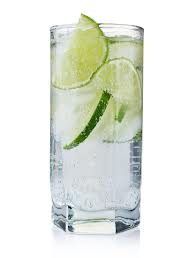 I walked up to the shitty little neighborhood Gunbarrel Mexican place for dinner, a place that offers many menu items ending with “ito”, usually a combination of one Mexican and one decidedly non-Mexican dish.

I sat at the bar and ordered a double Big Boy Lemonade and a bean burrito, wanting to be diligent about my carbs.

I was in a surly state of mind. My world had recently crashed and I was adrift.

Chris came up immediately and sat on my left despite my signals of “I just want to sit at the bar, have a lemonade and read my book.” Another guy seated himself to my right.

Chris asked, “Where you from, man?”

There was a couple to his left, friends maybe, or folks Chris had just met, his posse, or an audience as it were.

“What do you mean when?”

“Well, what do you mean?” “Where am I from recently or forever, or philosophically, or in the last hour?”

I explained that any discussion of “what” was intimately tied to “where” and “when”.

I wasn’t in the mood for addle-brained Chris.

What does your wife think of you?”

“Well, I’m sitting here eating and drinking by myself, or with your sorry ass, so you’d have to ask her. I guess she thinks I’m a shit-heel.”

Chris said he is very observant of people.

“Ahh, You noticed I have a wedding ring, huh?”

“What are you reading, anyway?”

No response. Chris strained his eyes to focus on the book’s title.

Chris asked a new question with more than a bit of challenge in it, “What do you think of people from the Midwest?”

“Nothing at all, Chris. Not a fucking thought.”

“No, man, I mean we have easterners here and people in the west and I think people here are really self-absorbed and what do you think of people like from Wisconsin or Iowa or Indiana or Illinois?”

“What more precisely do you mean by ‘here’?”

“Maybe you mean Boulder. People in Limon or Trinidad are a lot like you, Chris. Boulder is to Colorado like Austin is to Texas, you know what I mean? Like fucking Madison is to Wisconsin or Iowa City is to Iowa.”

“In fact,” I went on, talking now to the couple to Chris’ left, “Doesn’t Iowa have the best writer’s program in the country?”

Chris was impressed. He shouted, “Vonnegut, man!” “I like you, Geoff.”

“We’ve known each other five minutes, Chris. I could be a terrorist.”

“My granddad was in the CIA.”

“He flew like 58 missions over Germany then they called him back for ten more.”

“You mean after the war was over?”

“So he actually flew 68 missions, huh? Did you know the English basically taught us spycraft through the OSS?”

“No, man, I thought it was the Russians.”

“He opened a shop in Belgium with my grandma and dad.”

“Me too. Not O’Connor, but Irish all the same. But my name thing is a little hard to explain. Are you a writer? We are supposed to be great writers. And drunks. You’re part-way there.”

“What do you do, paint, carve, sculpt shit or what?”

“So fill in between 1945 and the Belgian shop and granddad joining Wild Bill Donovan and the CIA in 1958. What happened in between?”

“Are you fucking with me?”

“Yes, Chris, I certainly am. So when did granddad join CIA?”

Chris made two balled fists. “How many fingers do I have?”

“In total or how many are you holding out I can’t see?”

“What do you mean? Are you fucking with me?”

“I’m going with ten. I always beat my friend Rich on bets. Ten is a good bet. It’s an odds bet.”

Chris had nine. His left index was neatly severed.

“Lost it in a metal lathe in Indiana.”

“I still think ten was a fucking good bet, Chris.”

The head front room manager clinked her shot glass with three bar/wait gals. They were comparing how well each of them could roll their eyelids back. It was really charming. Ironically, I noted that I was reading Marco Pierre White’s biography, The Devil In The Kitchen. White was the first English 3-Star Michelin chef and the youngest in history. I wasn’t sure if he could roll back his eyelids.

“I have titanium in my left middle finger. If I make a fist I can knock you on your ass.”

“I can just wait an hour and you’ll BE on your ass, Chris. Do you set off the detectors at airports?”

“I bet it’s stiff as hell. Does it hurt when it gets cold?”

“But I bet you can give yourself a fearsome hard-on with that thing, huh?”

Chris laughed and his eyes crossed a little.

The guy to my right was bitter about IBM. He works there. I guess from what he said they have 2,000 employees or so and care more about profits than people. Who would have ever guessed?

“Fucking ruthless these motherfuckers are. They chew you up and spit you out.”

“Did you make that up or read it somewhere?”

“Hey, what are you reading? Nobody reads in here? Is that a Blackberry? Fucking Blackberry. Those guys chew you up and spit you out.”