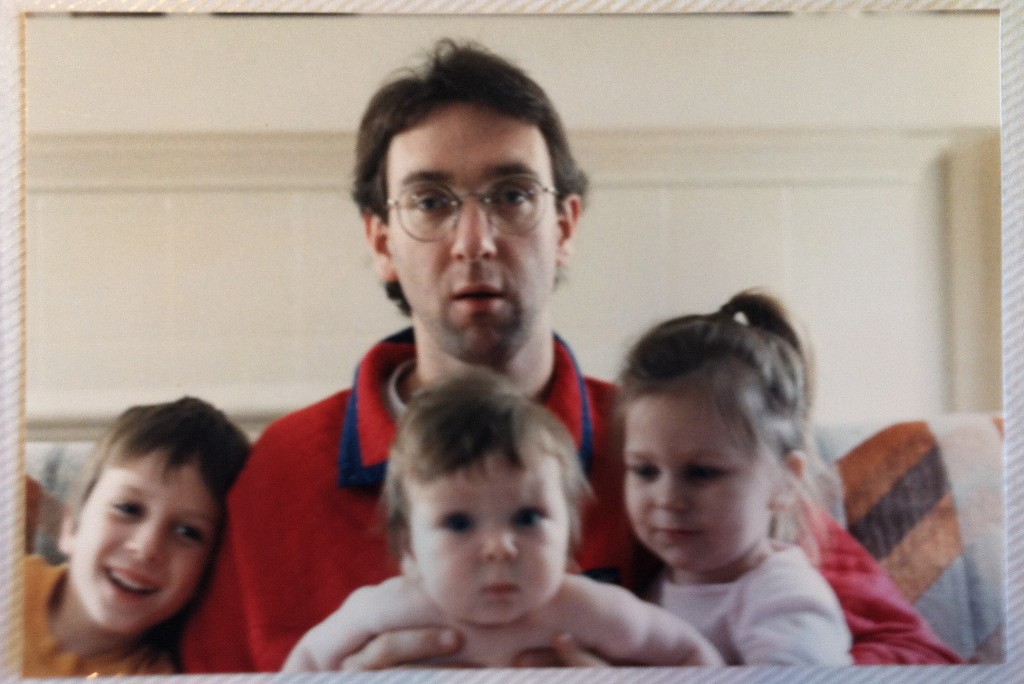 For the parents, with thanks to David S.

We arranged a casual dinner out, on a Thursday night, a luxury reserved for empty nesters and the childless, or the impotent, at our friend James’ local bistro. When you say “bistro” it implies some level of “no sweat shirt” sophistication, or an adult redoubt, a safe zone against Chuck E Cheese. One expects a reliable buffer, if necessary, or maybe a separate room for the childless adults, or at least a zone defense against an Occupy Bistro offense on your bottle of wine, by the toddlers. The babies have not yet formed their strategy. They will, soon. Just give them time. With full disclosure, I advise them, professionally. “Hey, baby, go upchuck in that guys minestrone.”

But Thursday our culinary bunker was invaded, from all sides, at once, by the Families In Solidarity To Teach Our Kids What Risotto Is. FISTTOKWRI. We were soon surrounded. Suckers. Flailers. Pukers. Wailers. Fidgeters. Babies and toddlers and worse, ten-year-olds. Up and down, in the door and back out. Fussing and complaining.

Next to us, a young girl refused the half-pound, free-range buffalo burger and aioli fries her mum and sister devoured.  Instead, possibly insisting she was vegan, she toyed with a bowl of brown rice, sulking. Brat. Some kid in Somalia would have loved the burger she turned down. Or the bowl of rice she barely touched.

Secretly, I support them. The babies, that is. And frankly, all children, except for brats. Where we would be without them? (Maybe enjoying my penne pesto with grilled Idaho trout in peace?)

When Ian was new, we used to shout, “Power To The Babies!!!” And, we meant it. We were Baby People. Hard core militants. “Look out, AMA! Look out PTA! We’re coming for you, and we Breast Feed!”

We home-birthed two-point-five babies (Ian was almost born at home, with the main course and dessert delivered at the hospital). Mom nursed all three kids well beyond current societal norms, possibly past the point of alerting child protective services. We never owned a crib or a bottle or a playpen. No formula or food in a jar would have been found in our larder. Our kids ate steak. Pork chops. Spaghetti. Real vegetables. Brown rice with walnuts. Crème brûlée. Cowboy biscuits with bacon and frijoles pintos. Real butter, by God. And they learned to drink coffee in the morning, while listening to Morning Edition. A proper combination of salt, caffeine, roughage and progressive journalism. At one point, there were five of us sleeping in two side-by-side California Kings. I’ve seen smaller playgrounds. It was beautiful. You grabbed a pillow and a blanket and found a corner.

I swear, one time when I was home full-time as a dad of a guy who was only like three years old at the time, (what did he even know, being three and all) and, we’re putting away the produce we got from Sunburst Market on Milpas Street, and the eggs we got from The Egg Man, and the fish we got from the fisherman at the harbor. I mean, he was so young; he had to sleep after we got the swordfish, and he did, he slept, and, well, I slept too, in the tiny cab of the 1978 Toyota long bed pick-up. I rolled up the windows, so he would fall asleep in the stuffy heat there in the parking lot at the harbor on Cabrillo Boulevard. He and I awoke, an hour later, two men, refreshed, as if emerging from a bathhouse in the Medina of Marrakesh, having puffed the hookah, ready for more male errands. So, we’re putting away the food. No, I mean I’m putting away the food, he’s sort of spacing out and not pulling his own weight, and I have KPFK, Pacifica Radio from LA, on, loud, as more news of Iran-Contra emerges.  Ian clearly had an attitude about this. Not one of disgust with Oliver North or shady international exchanges, but with news in general. As soon as I switched to KTYD and “Friend of the Devil” came on, he chilled out.

I was learning soups back then, and I had Laurel’s Kitchen at hand, as well as some Japanese texts and the Tassajara book. I was using daikon and wakame and miso, and Laurel’s Five Bean Recipe. Laurel did not intend for her soup to include slimy sea vegetables, but I was improvising. Ian and I made whole wheat bread every week, following Ed Brown’s recipe. Except we baked our loaves in large V-8 cans. We liked V-8 because first, you get to drink the juice (a benefit missing when using a normal loaf pan) that fulfilled many of our daily nutritional requirements. But moreover, we loved V-8 cans because the insides were anodized.

These days, Ian works at Tesla, in a secret bunker somewhere deep beneath Palo Alto, and I bet he can explain what the hell anodization means. I can’t. I only know it’s slippery. But we liked these cans because the anodizing made our loaves slide right out.

But our main love of our weird round loaves was the large, dark, crusty mushroom head that grew and hardened on top of the can. As soon as the timer rang, we’d pull the loaves from the O’Keefe and Merritt and yank one of those glutinous, helmet-shaped delicacies off the top of a loaf, dump a quarter cube of European sweet crème butter into the hot crater and tuck into a slice of heaven, with a bowl of slimy sea vegetable and bean soup.

All those carbs typically put us right back to sleep.

Back at the bistro, my dinner partner asks me, since she knew I had secret knowledge of child rearing, “So, when you become parents, do your standards of cleanliness suddenly go out the window?”

“Well, that’s debatable, but to be sure there is a point, and I could graph this if I had the tools here at the table, where the axis describing the number of kids you have crosses the other axis (I can never remember who is “x” and who is “y” and why) which is your ability to cope without drugging yourself into a stupor nightly and you just say, ‘fuck it’ and throw in the towel.”

“I mean, take this for example. We had something like six of these huge casaba melon crates from the San Joaquin Valley. Don’t ask me where we procured them. They were like 20 cubic feet apiece, each filled with toys. No, that’s not right. They were normally half empty, and an entire Babies ‘R’ Us worth of toys was all the hell everywhere. By the way, what’s up with that store misspelling it’s own name? Are we not working together here? Anyway, all these Fisher Price plastic auto parts and plush cockroaches and fuzzy bears that smelled like puke were all over the floor. It would have been far simpler to clean up with a goddam snow shovel.”

“So, yes. To give you a simple, honest answer, yes. You reach a point of lowered expectations that Oprah will visit with a film crew, or Architectural Digest will want to profile your interior design aesthetic, or that single friends will ever again visit without wearing surgical gloves.”

“But then, the real truth is, it all passes so damned quickly, and before you know it, you miss the smell of baby puke and the clutter and the squirrel’s nest of a sleeping arrangement. It’s over way too fast. Yes, you can sleep a whole night and have a full conversation. But you find out you don’t really have that much to say that’s very interesting. You ask, ‘where did those years go’, but no one answers. Now, I have three new friends, my best friends, who used to be my babies, who are adults. That’s the really cool part. And now, we get to come to James’ bistro and have an adult meal.”

A young couple, looking disheveled and haggard, moves into the four-top next to us. He’s in a white t-shirt, unshaven, but with a smart haircut and seeming like a VC guy on a long vacation. She is pretty, but looks like she just saw Lee Harvey Oswald in the flesh, in the parking lot. They place a removable car seat / baby Barcalounger on the table. My date asks, “Where do you suppose that thing has been?”

As we leave, we ask, “How old?” Apparently she is three months. So small. So beautiful.

Our voices soften and pitch up a half octave. “Ahhhh.”