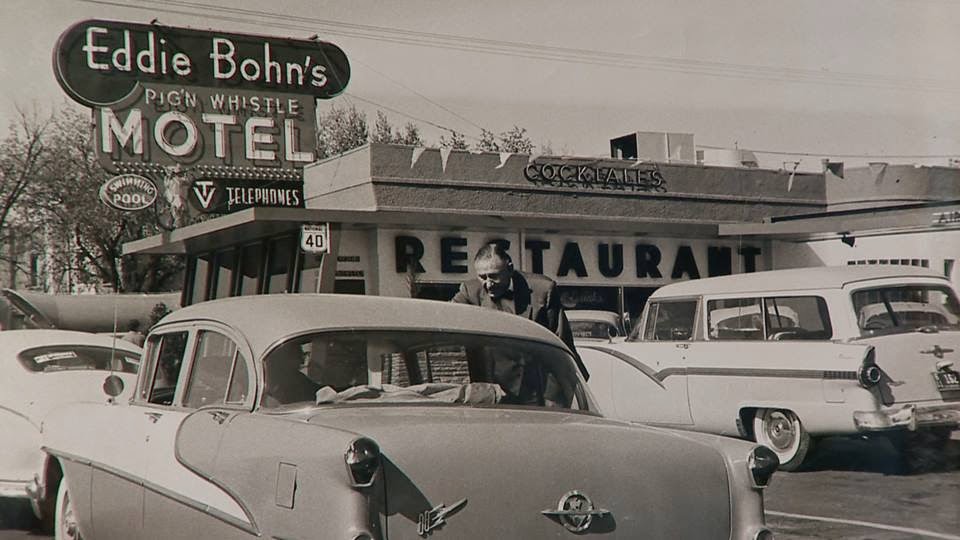 Adventure Travel in a Far-Away and Exotic Land, Really

I dreamt of this trip for years, even decades. It had become my raison d-être.

My office walls were covered with maps of Denver, Littleton, Aurora, Golden and the Tech Center. Bus schedules, museum brochures and photos of Wellington Webb and Benjamin Stapleton were pinned up, willy-nilly. Rosters of Denver’s Nuggets during all their losing seasons. And that’s a lot.

I had memorized every city park, the major arterial streets, Speer Blvd. and Colfax Avenue. And of course, Santa Fe Drive, which I understood lead much further south into lands more enchanting yet. Save that for another adventure. (Stand by, dear readers.)

I read about Denver voraciously, including Wicked Denver: Mile-High Misdeeds and Malfeasance, by Sheila O’Hare and Alphild Dick, and everything I could absorb about the “Unsinkable” Molly Brown, Soapy Smith, The Brown Palace, Tabor Opera House and the rise of the Klan, harassing anyone they didn’t approve of, including my family.

Denver neighborhood names rang in my ears like notes played on a xylophone, “RINO” and “LODO” like part of the chorus to a Mitch Miller song, with the little black ball bouncing along, above the lyrics, on my black-and-white TV. Or Maybe Roger Miller:

“I sing, trailers for sale or rent,

rooms to let, fifty cents
No phone, no pool, no pets,

I ain’t got no cigarettes
Ah, but, two hours of pushin’ broom
Buys an eight by twelve four-bit room
I’m a man of means by no means,

king of the road.“

As a kid I loved this song. It was about freedom and footloose travel, albeit perhaps slightly dangerous and certainly well under the societal radar. I had watched “Route 66”, starring Martin Milner and George Maharis, in the early 1960’s and fantasized road trips, like the one I was planning. Little did I know these handsome and well-coiffed TV stars were bridging the US cultural gap between Woody Guthrie and Neal Cassady, before I knew who either of them were, intended to make being a “beatnik” safe for post-war America, much as the Monkees were created to neutralize hippies, years later. And Neal’s most famous digs were Denver. Denver! Can you hear the magic? Dig it! Dig it!

The trip would be challenging, but I was ready. I had driven that stretch of US 36 from my home in Boulder, Colorado, to Denver numerous times, in preparation. My car had a recent oil change. My tires were new and the alignment was sound. I learned they use the same kind of gas in Denver, so that was taken care of. Same currency as well. I took care to leave an itinerary with my family, in case of problems. All sound advice for the adventure traveler.

Since I am sort of sponsored for this travel piece (I mean, I got the samples for free) and am still hoping for some compensation, I need to mention three items I was provided for this adventure that were indispensable. I can confidently recommend these for your next outing. 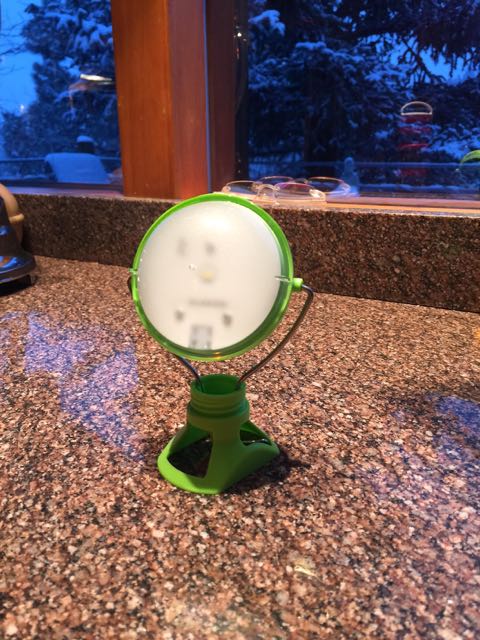 The Nokero® N233 Solar Light was ever at the ready, as I sat it on my dashboard so it would be fully charged in case of an emergency, despite that my trip was planned entirely during daylight hours. This light is a “sturdy and sustainable little travel partner”. (You guys can use that line. We’ll talk.) 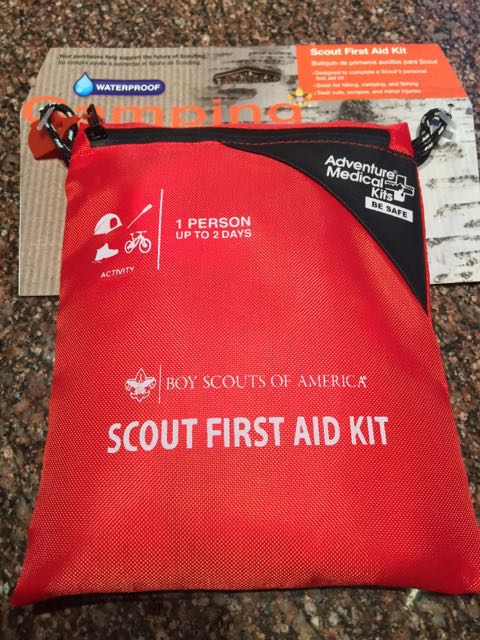 Thanks to Adventure Medical Kits® and the Boy Scouts of America®, I felt safe and prepared with my “One Person First Aid Kit, Up to Two Days.” Since I was returning home the same day, this felt adequate. I salute my sponsors, the BSA, for dropping that anti-gay thing. That was terrible. But congratulations. 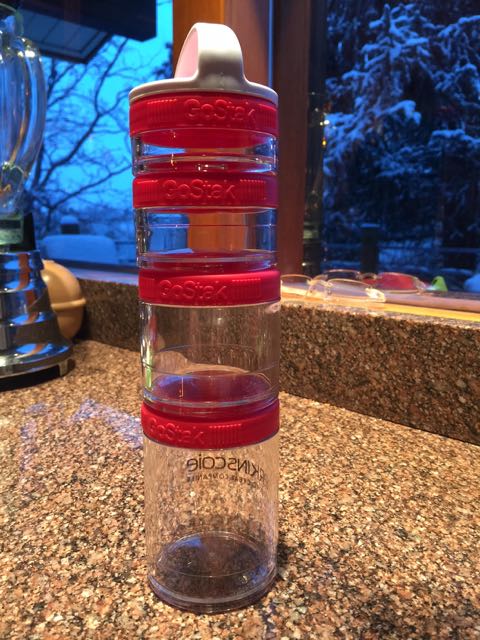 And finally, I want to call out my third sponsor, Go Stak,® for their “eleventh essential” the stackable container set. This was a traveler’s lifesaver on this trip. I filled it with B vitamins, heart medications, Cipro (you need to be prepared for anything while traveling to Far Away and Exotic Lands) and one other essential. It slipped easily into the side pocket of my sponsored Osprey® backpack.

Once underway, I left the familiar environs of Boulder and entered the suburbs of Broomfield, Westminster and Thornton, before finally reaching my destination. I had considered breaking this journey into two parts, stopping at the Butterfly Pavilion for the afternoon and finding a rustic and quaint motel, exemplary of the local suburban Denver culture, but I rejected the idea due to not wanting to push the limits of my first aid kit or the “other” contents of my Go Stak®. So I pressed on through.

Finally in the city I had fantasized about, I looked up the sites of my Dad’s youth and my Great-Grandmother Callahan’s later years. Both were gone, replaced by a Five Guys and a “dispensary” respectively. I did not want to be deterred by this family history setback. So I regrouped and determined to follow my love of food here in the Mile High City. (And by the way, note that it was in fact, a mile high. I checked. Despite that I live at over 7,000 feet, this was a signature moment for me.)

Here is where, as a travel journalist, I need to summon my inner Bourdain. Denver is known for one food and one food only: The omelette. (Alright, the steaks and lamb are okay too.) Though this delicacy first appeared in France in the 16th century, and was mentioned by Rabelais decades later, Denver managed to co-opt the recipe, adding ham, bell peppers, onions and cheese, well after the French. Nonetheless, this is the signature dish of the MHC, it’s crowning culinary achievement. 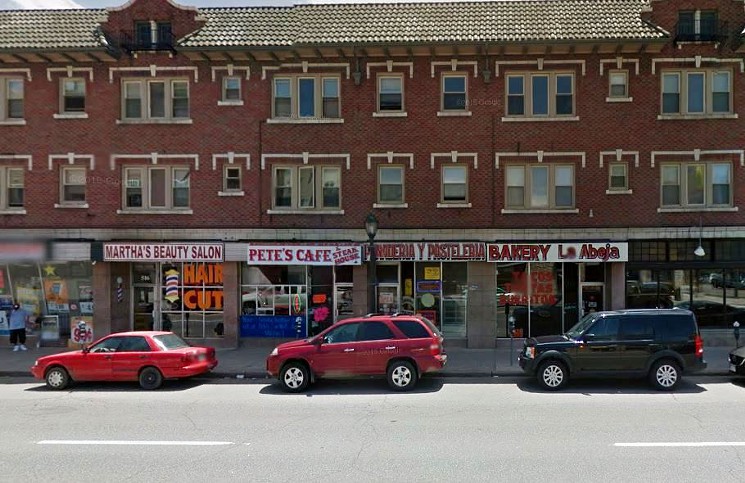 So I headed to the iconic Pete’s Café and Steakhouse (cash only) at 514 East Colfax, and there it was, right on the menu: “Denver Omelette, $6.75, your choice of toast.” 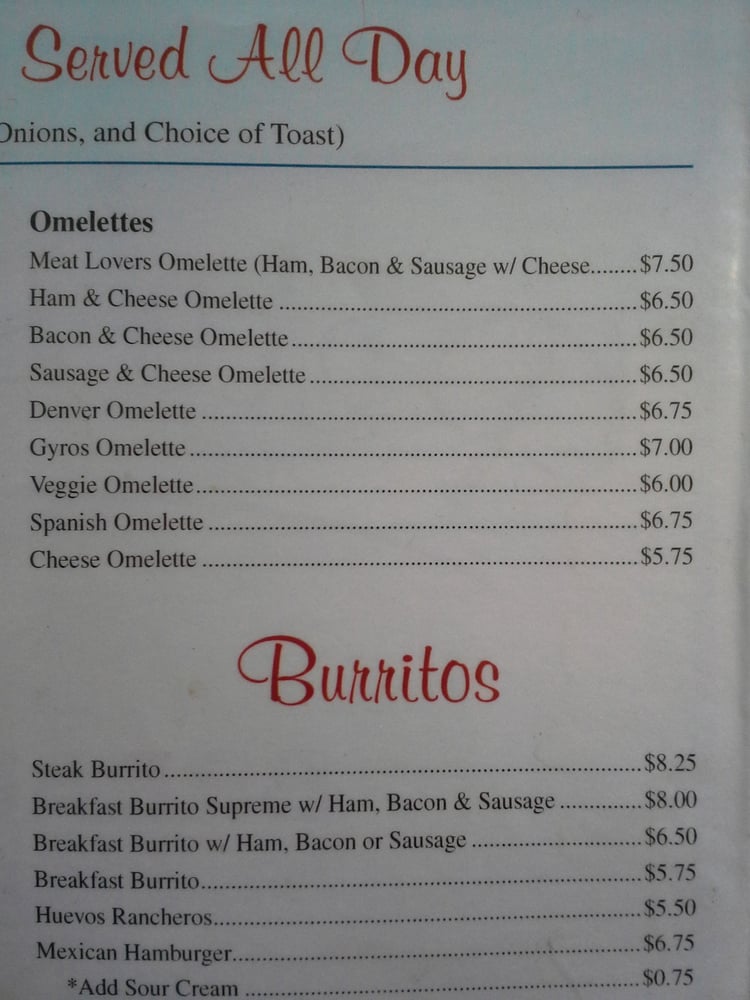 Now my adventure had begun in earnest. I ordered it straight, shivering in my excitement at the sheer authenticity of adventure travel and new discoveries in Far-Off Lands. The Denver arrived, with a side of hash brown potatoes, both floating in a pool of what appeared to be sewing machine lubricant. The white toast was cold but spread liberally with margarine. (I should disclose that Pete’s Café and Steakhouse is not a sponsor of this travel piece.) I tucked into my meal and, after wiping a little egg off my chin, settled my tab, content I had “dived deep” into Denver culture, then I lit out for adventure.

Now, to dive even deeper. I determined to find my counter-cultural roots.

“And there in the blue air I saw for the first time, far off, the great snowy tops of the Rocky Mountains. I had to get to Denver at once.” — Jack Kerouac, “On The Road” (1957).

I longed to discover Jack and Neal and Allen’s old haunts, so I headed directly for My Brother’s Bar at 15th and Platte, one of Neal’s (Dean Moriarty) favorite watering holes.

Though it was barely noon, I was in a reverie and ordered a Jack and a beer back. As I understood, Neal wrote the bar owner a letter from the juvie, addressing his unpaid bar tab. They still have it.

I was reminded of Allen’s seminal poem “Howl” that he read in October of 1955 at the Six Gallery in San Francisco, changing the literary world forever:

“…who journeyed to Denver, who died in Denver, who came back to Denver & waited in vain, who watched over Denver & brooded & loned in Denver and finally went away to find out the Time, & now Denver is lonesome for her heroes…” — Allen Ginsberg, “Howl” (1955)

He was talking about Neal and Jack, of course.

I knocked back my shot and schooner just as my stomach began to rumble. This was not good. I booked a hasty dash to the loo, but this was not going away, anytime soon. Fortunately, I was prepared. I used my Nocero® Solar N233 to root through my Boy Scout® First Aid Kit in search of antacids. No luck. I quickly gobbled three Cipro from my handy Go Stak® to help stanch the volcanic gurgling down below. Sadly, I knew what this meant. I was going to miss out on The Tattered Cover bookstore, The Brown Palace and the places where the Irish and Italians were shunted off to hovels along the river in the late 1800’s. I needed to make a run for home, and fast.

I hit I-25 North, then turned off onto US-36 and was home in an hour, safe once again from the perils of adventure travel.

Sadly, another trip to a Far Away and Exotic place gastronomically curtailed. But, dear readers, stay tuned: Next stop on my Adventure Travel Far, Far Away From Home (Really) series: Cheyenne, Wyoming.

And, stay away from Pete’s, unless they sponsor me.

(Guys, can I please get paid now?)

« Clues To The Election: An Amateur Analysis
Baton Rouge »