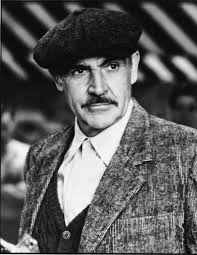 I have begun to see year-end essays lamenting 2017 as our worst year ever, a “just add water” dystopian prequel, the heart-breaking denouement in the last episode of “America The Tragedy” on Netflix.

Not to inspire hope, mind you. Hope is not a strategy and hope usually fades when our moods change or when we fall asleep or after the third Old Fashioned.

What is called for now is not hope, but rather clarity about our predicament and effective action to confront it.

I suggest that 2017 is our best year, ever. 2017 gave us the unexpected and powerful gift of clarity.

Many of us are shocked and disgusted by the apparent resurgence of racism, sexism, homophobia, selfishness, wealth transfer, environmental disregard, plutocrats seizing our democracy, voter suppression, lies, utter ineptitude and corruption in the West Wing and an unmistakable authoritarian mudslide. I do not believe these regressive trends are new. They have been festering for decades, and in some cases, since our founding.

Don’t misunderstand. Each of these assaults on decency, dignity, leadership and American values is serious, and, as some say, we may be facing our last best chance to stop them. It could be too late.

These trends have been with us all along–perhaps limited by a critical mass of decency, or restrained by more enlightened policy and process–but these aberrations are dominant orthodoxy in certain toxic corners of the body politic. We thought we had made more progress than we have. We mixed the Old Fashioneds prematurely.

In November, 2016, we left the kennel gate open and the Rottweilers leapt the schoolyard fence and are chasing the children around the playground, snapping and snarling, stealing their PB&J’s, biting holes in their new Christmas outfits and tearing the heads off plush Frozen dolls.

But here’s the turn:

As when training for an endurance event, or studying to defend a doctoral dissertation, or during that first year with a new baby or on a new job, difficulty has an upside. Struggle can yield growth and change. We woke up last year. We know who we are today. We now know who they are and what they are up to. And if we prevail, we will be better for it, but only if we remain awake.

Fifty years ago, radicalized young people fantasized about vast conspiracies of racists and oligarchs and murderous cops and warmongers and secret prisons and obstructions of justice. Few listened. At times, we may even have doubted ourselves. We consoled each other with jokes such as, “It’s not paranoia if they really are after us.”

Today, there is broadening agreement across diverse segments of the populace and media about these horrific trends in our democracy and society. Even moderate politicians seem to acknowledge this slide is a clear nd present danger. It is more transparent than ever who the traitors and bigots and plutocrats and imperialists are; these days they announce themselves confidently, because they know some segment of the electorate barks when they blow that whistle.

My view is patriotic versus blindly partisan. I have a growing list of moderate Republicans for whom I have huge respect, who are speaking out angrily, taking enormous risks, and aggressively opposing this malignancy.

The proponents of institutional bigotry, police violence, voter suppression, radical extremist theocracy, endless war, drilling the Arctic, and destroying the social safety net, among other assaults, are proudly out of the closet these days, promoting their agendas openly. They are comfortable lying on camera and contradicting themselves within the same statement.

Elected officials feel safe stating that their god’s law outranks the Constitution. The Attorney General is on record saying that states can establish an official religion. Iowa’s Chuck Grassley brazenly stated that repealing the estate tax does not reward people who waste their money on “booze, women and movies.” Gary Cohn, who apparently doesn’t pay for things himself, said a $1,000 a year tax reduction could buy a car or remodel a kitchen or take a vacation. Numerous congressmen have called for legal action against LGBTQ people, including imprisonment.

They appear to assume we are so pliable or too distracted to notice how ignorant of America and Americans they are. Or worse, that we agree with them.

Some of us do agree. I trust most do not. Polling suggests so. But in 2017, many of us got clear about this if we weren’t before. We cannot un-see Roy Moore or Eric Garner or Charlottesville or Ferguson. We cannot un-hear the divisive speech coming from the president’s mouth. We cannot forget our fellow citizens who cover for accused sexual predators, liars, racists and bullies.

Today more than ever, we know painfully well where our family members and friends stand on many of these issues. Social media memes this holiday season dealt with the challenges we all face at holiday gatherings knowing Uncle Al is a Nazi sympathizer or a homophobe. Few of us can hide any longer. This is progress. It is uncomfortable, but it is progress.

The problems are manifest, but today we appear to be moving in reverse.

I hear white people say we are post-racial in 2017. But that illusion dissolved. We are still deeply and perniciously racist. The Pew data show dramatic inequalities in incomes and home ownership of 40% white over black, and a thirteen-times net worth disparity. A 2017 Yale study also clearly shows white Americans do not know this to be even directionally true.

Some, including women, say we no longer need feminism as a corrective social treatment. With the explosion of harassment allegations of late, a 20% wage gap and only about 20% of Congressional seats held by women one cannot deny institutional sexism persists. Look at Trump’s cabinet. The image of the Alabama women standing for Roy Moore is indelibly etched in my brain. How is this level of denial possible?

We may have thought we’ve become wiser in our relationship to the environment and that we share a respect for protecting the air, water, land, creatures and wildness. It turns out many of us have no appreciation or basic respect for life whatsoever in this way. Pruitt and Zinke are rolling back decades of environmental and health policy protections, and the administration for the first time ever, rescinded an Antiquities Act wilderness designation. The front doors to the agencies charged with safeguarding our natural world stand wide open to extractive industry lobbyists. The Trump administration appears to regard the environment as a disposable Big Mac box.

We may have had pride in our tolerance and protection for everyone’s faith, while separating out that we do not sanction religions here in the United States. But we have a national movement that would be happy to confirm one religion as “American” and institute an authoritarian, Taliban-like, theocratic regime intolerant of all others, willing to prosecute non-adherence to their ignorant strictures.

We grew up with the principles of the New Deal and the Great Society which embraced efforts to lift up those less privileged. But some among us subscribe to “prosperity theology” a noxious philosophy that rests on the ugly syllogism that if we are wealthy, then god must love us and if we are disadvantaged then we must not love god sufficiently and he or it clearly does not favor us. The snake-oil magnate Joel Osteen’s net worth is estimated at $40 million and he lives in a $10.5 million home. Trump has his very own “god whisperer” in Paula White, labeled a heretic among some congregations. Most of us see this as sanctioned selfishness and a perversion of any spiritual ideals.

Education, science and factual inquiry have always been how we progress. Our educational system was the envy of the world in the sixties. We helped people gain higher education because it helped not just them, but moreover, because it lifted all of us. The Internet, the space program, advanced physics, disease cures and more followed education, science and research. Last summer, 58% of Republicans polled agreed that colleges and universities have a negative effect on the country. We have an education leader actually undermining public education in favor of private schools. Arizona is leading the nation in defunding community and four-year state colleges. All of which allows a leading right wing news outlet, a virtual Pravda for the extremist conservative movement, to thrive while providing “mostly false” or worse reporting 60% of the time, that all too many take as fact.

The hard right wing “base” is undeniably some portion of the low 30% polled who support the current president. I have to assume that many poll favorably due to reasons of partisan expediency or personal enrichment. Others do so perhaps for single-issue reasons like abortion, overlooking all the rest. But don’t be misled by this “base” notion. In 2016, according to the Cook Political Report, 27.8% of eligible voters elected our president. This support is paper-thin and I suggest we may find that out once the useful idiot’s usefulness is used up.

We’ll see. There is so much we cannot control.

But studies repeatedly show a majority of Americans do not support these attitudes and policies.

If those who believe in democracy, decency, compassion, tolerance, caring for one another and the ideal of America as a moral leader in the world can muster at the barricades, 2017 will indeed be the year we woke up and 2018 the year we stopped this plutocratic, authoritarian coup.

This year, we were handed a priceless gift, the gift of clarity.

We can no longer wonder if something sinister is afoot.

We are not paranoid.

They really are coming for us.

We know who they are.

And we know better than ever who we are.

This gift comes with strings attached, however. It’s not enough for us to hope. Spending time being indignant or frustrated or outraged is wasted energy. We have to organize, educate, resist and act. We have to become active, engaged citizens. We have to let go of “I’m just not into politics or the news”, and realize that it’s only “politics” when it happens to someone else. It’s our lives when it happens to us.

By now, you know how to contact your elected representatives. Calling them every day is essential, but it’s not enough. Do it anyway. Show up where they are. Disrupt business-as-usual. Make a fuss. Say no. Loudly. And vote. In 2016, 40% of us did not bother to register our opinion in the most consequential election in our lifetimes. Vote. Let’s not argue about term limits. We have them. They are called elections. Vote. Please.

We are citizens of this polis. We are The People. We are Americans. Orrin Hatch is not a demi-god or a lord. He works for the people of Utah. Cory Gardner works for Geoff O’Keeffe and my neighbors here in Colorado. Trump can only be a tyrant if we allow it. He is our employee. Nothing more. It is our role as citizens in a democracy to hold them accountable and to not be brushed off as inconvenient serfs or subjects.

Let’s take our beautiful gift of clarity and turn it into a democratic future this coming year.

As Sean Connery’s character, the Irish Chicago cop Jimmy Malone said to Costner’s Eliot Ness, “What are you prepared to do?”

« Meditation On Not Being, At All
CoEvolution Quarterly »